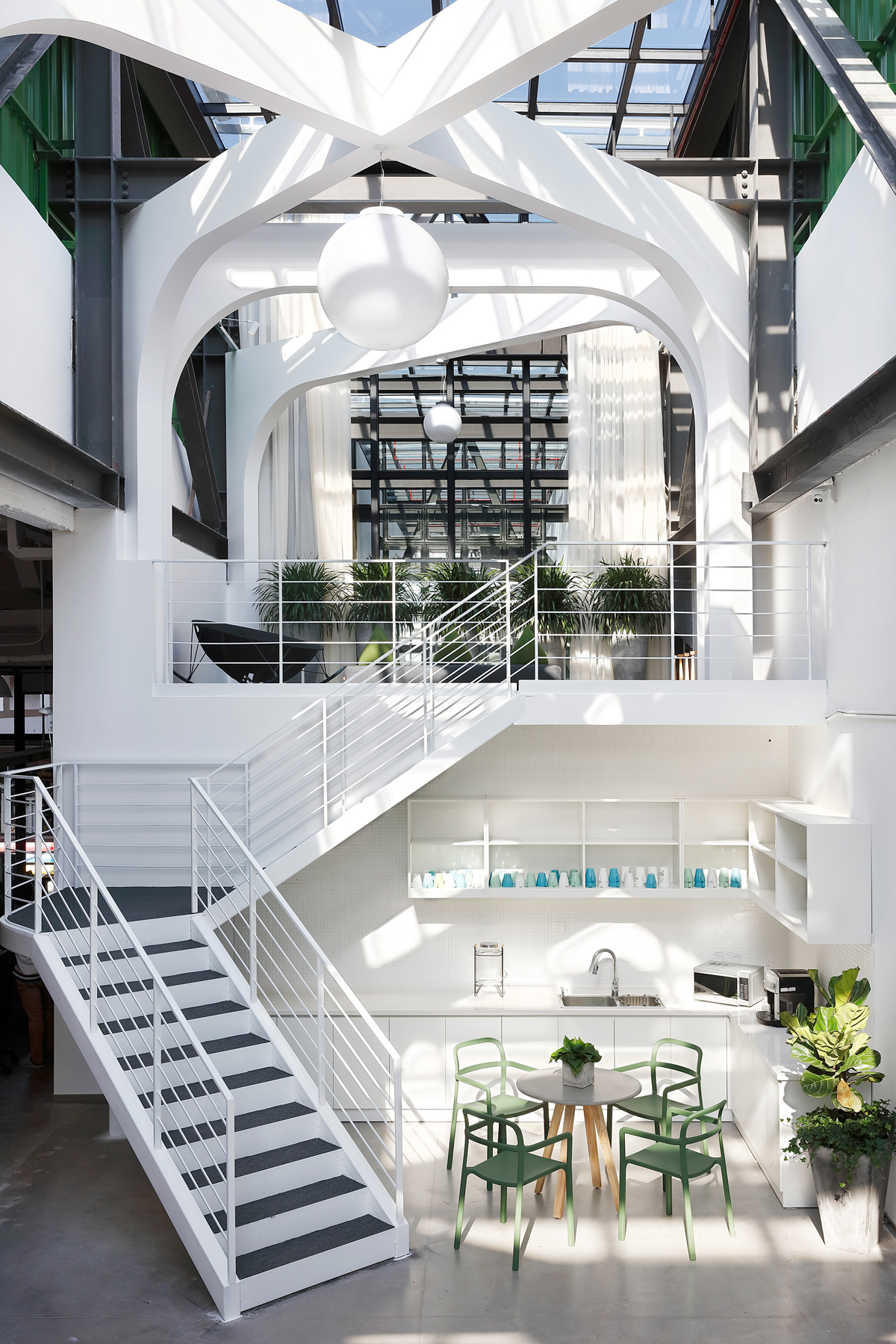 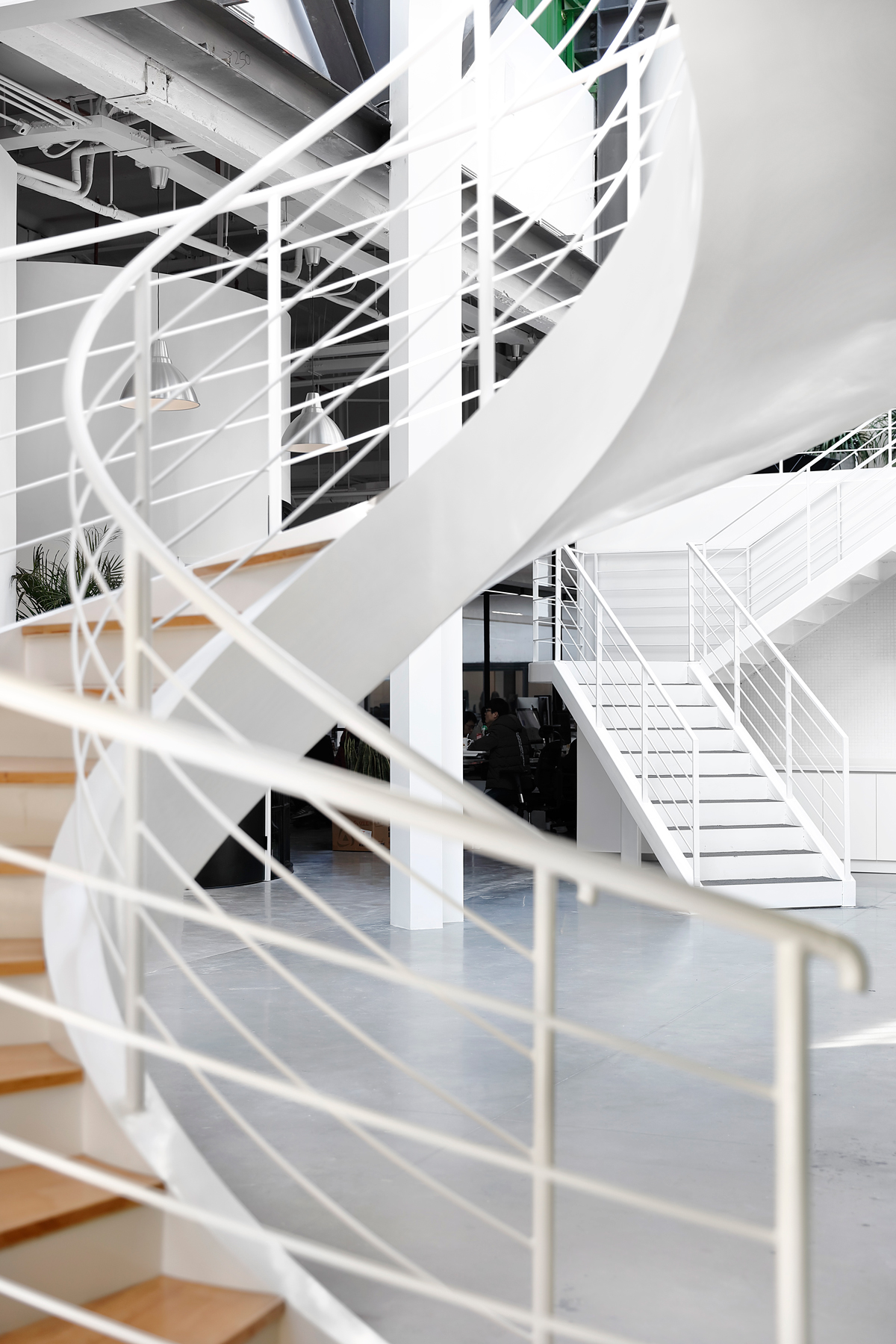 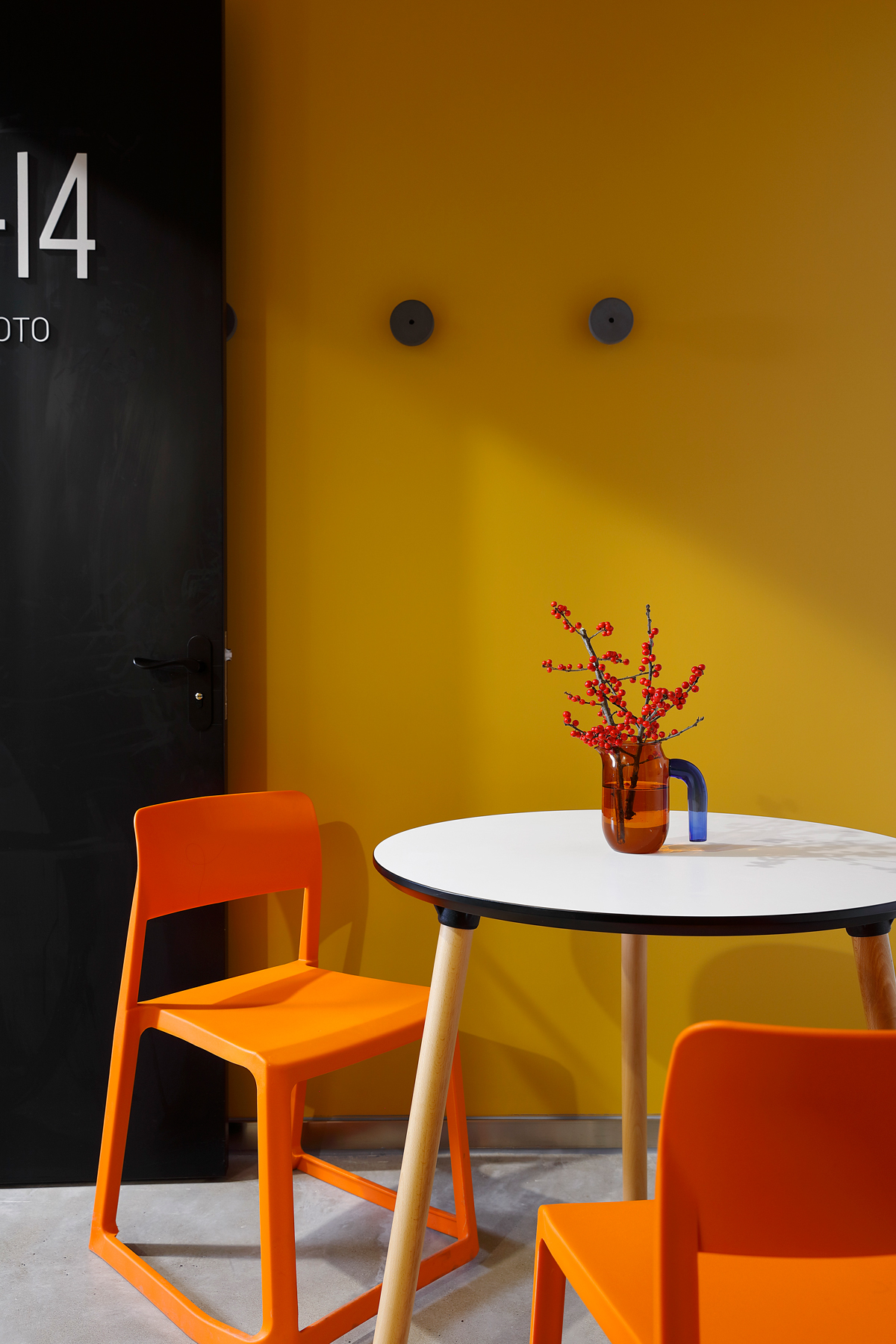 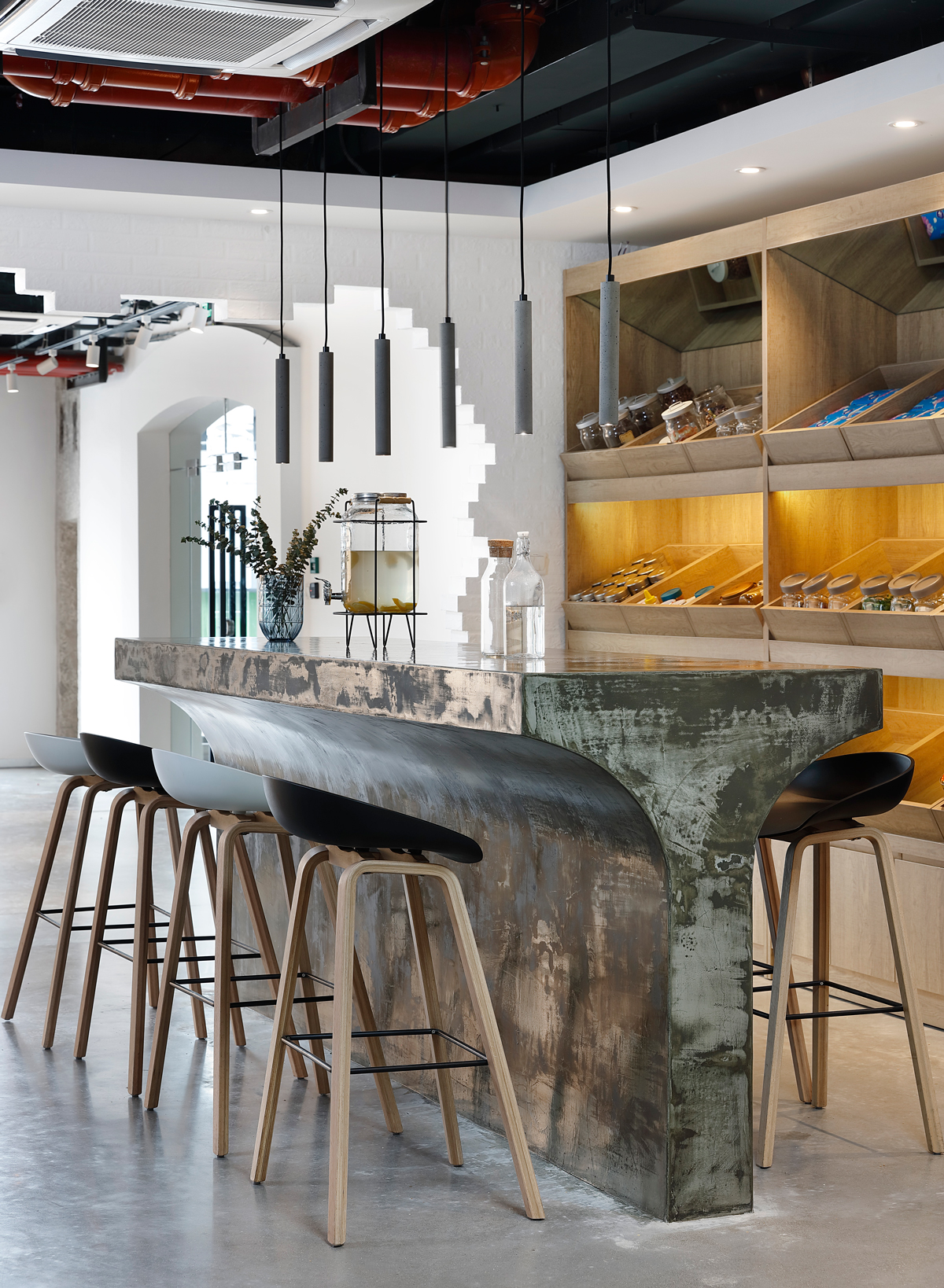 New companies gathered by young people like to subvert the tradition and design office space for tech startups.

An abandoned textile machinery factory in Shanghai Yangpu District, now transformed into innovative industrial park, two or three floor of a building project is located in the park at the entrance to the north and South have two independent crane plant, after the transformation of links into a whole piece of office, crane beam early now for connecting the North and South Corridor, atrium vision in which, like the shuttle in space-time tunnel.

Walking in the atrium corridor, looking ahead is a steel frame, beam, pipeline industry sense, feel the old factory once flourishing; into the office area, the scene immediately switched to modern, Pumianerlai is a vibrant modern world.

The designer set the design tone of “Art & old Shanghai” for the project, and make use of the particularity of the floor height after the renovation of the workshop to create the architectural landscape inside the space. The main entrance in the three layer of the highest position, the arched wall multi-level design in the 8.4m layer to compete, inspired by Shanghai Dragon Art Museum, and the other with the owners of Logo take shape, at the same time, the stepped open hall can accommodate 300-400 people organized activities, during the day seem to be the spectacular art museum at night, the glass curtain top with circular lighting angle, the landscape effect achievements of the “sea the moon”.

Another use of the whole glass curtain wall for building landscape has been dubbed the “fishbowl”, originally designed for CEO’s office, after considering the privacy to public Rest Area, based on flat layer built two layer, far is the spiral staircase at the core of the landscape, and container corrugated plate the walls are combined into the beauty of modern architecture; close a comfortable modern resting place, tree open space downstairs for the staff in a daze or private telephone calls.

The whole space is provided with 35 large and small conference room, the designer according to the functions they are divided into several categories: the “Star” as the theme of the meeting show, to create the night sky effect with light and dark blue background; small hexagon device combination between various conference series “Seasons”; as the inspiration for the design of color the meeting room series; and by four circular curve composed of “fish” discussion etc..

Since it is home, in addition to the needs of office functions, it is also necessary to create too many living function scenes. The superiority of the project level gives designers more room to play, and creates many multi-storey spaces in the flat floor. It breaks the dull sense of large area on the visual side, and separates the work area from other floor areas with floors. The rest area, yoga room and children’s play area are located on the floor and have no influence on the downstairs working area. The fitness area, shower area, mother infant room and capsule apartment are located near the channel of the host area. The restaurant is located on the two floor and is designed with a simple North European open design for nearly 1000 people at peak hours.